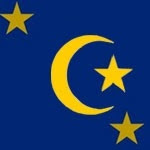 
DAVOS, Switzerland — Turkey's deputy prime minister complained on Saturday that the European Union was becoming an inward-looking "Christian club", slamming a lack of progress in his country's bid to join.
Speaking on a panel at the World Economic Forum in Davos that included EU President Herman Van Rompuy, Ali Babacan said: "We always thought the EU is a big peace project... but then the enlargement process literally stalled.

"Open door policy is no longer there," he added.

"And one of the big themes about why Turkey cannot become a member of the European Union is because it is a Christian club. This is in our view very, very dangerous," he said.

Ankara began accession negotiations with the EU in 2005, but the process has stalled amid opposition from some member states, lack of reform in Turkey and a trade row over the divided island of Cyprus.


Several chapters remain frozen due to Turkey's refusal to open its ports to Cyprus, an EU member which Ankara does not recognise owing to the island's division between its Greek and Turkish communities.
Beyond this, France's President Nicolas Sarkozy and Germany's Chancellor Angela Merkel has expressed opposition to Turkey's bid.

People in the Islamic world are looking closely at the EU to see whether it will open its doors to Turkey, said Babacan, also economy minister.

Prime Minister Fredrik Reinfeldt denied Europe is a "Christian Club" saying: "In Sweden a couple of decades ago we abolished the idea of a state church. We are not in the conception that we all of one religion.