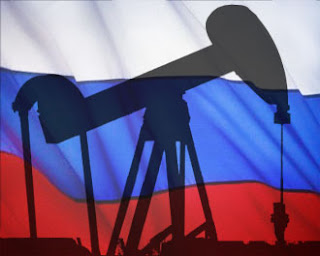 Critics in Italy and abroad believe the energy partnership between the two nations results as much from Berlusconi's personal politics as from economic exigencies, and suspect it may weaken if the scandal-ridden prime minister leaves office. But this view ignores the extensive history of energy and trade cooperation between Russia and Italy, as well as Italy's political ambitions in Southeastern Europe. It may be the case that, if Berlusconi's People of Freedom party loses power, Italy may stop trying to broker deals between Russia and the European Union. But Berlusconi's alleged Russophilia was not the cause of the Italian energy industry's close partnerships with companies like Gazprom and Itera, a conglomerate with Russian gas holdings, and is unlikely to alter their future collaboration.
In a December meeting, Gazprom's president, Alexey Miller, and Eni's CEO, Paolo Scaroni, reaffirmed the goals they set at a 2009 forum where Berlusconi and Russian President Dmitri Medvedev spoke of cooperating well into the next decade. Plans for the South Stream pipeline continue, with the first phase projected to be operational by 2015, running from Russia under the Black Sea through the Balkans into Italy. Additionally, the Italian-Russian jointly held SeverEnergia continues to operate facilities in Western Siberia, the source of most of Russia's gas production. In 2009, Gazprom acquired a 51 percent stake in that company.

Energy and natural-resource trade with Russia has been a major factor in Italy's domestic energy market since the 1960s, and has persisted despite political upheavals in both countries. Eni has assisted Soviet and, later, Russian petrochemical and mining endeavors, working with the USSR to supply gas to Italy through the TAG pipeline that passed through Austria and the Alps. Its first deal with Gazprom was signed in 1969.

Further, Italy has a large population of immigrants from many of the Balkan nations, particularly the former Yugoslav states, in which Gazprom operates -- countries that are essential to the success of South Stream. By modernizing power sources in the Balkans and helping communities reap a share of pipeline profits, Italy offers a powerful gesture of friendship to its eastern neighbors, potentially cementing a new leadership role in the region. Berlusconi's center-right coalition also needs to garner political support from immigrant groups who may otherwise feel alienated by the coalition's domestic policies. And whoever governs after Berlusconi will need to negotiate with Southeastern Europe and account for the interests of its emigrants in Italy.

Similarly, Eni has an opportunity to increase its consumer base in countries like Spain. As a major supplier of natural gas to Spain, Eni must consider the growth of that market, too, when working with Gazprom and Itera to gain the additional natural-gas supplies it will need to meet Spanish consumption demands.

While the Italian left worries about Russia's tight control of its domestic resources and press, Italians seem unaffected by their country's natural-gas and oil partnerships. Implicit in Eni's official comments over the past year is the question of what, if any, benefits the EU's alternative plans offer Italian consumers. Eni has tried to alleviate American anxiety over the South Stream project, even suggesting that the EU's primary alternative -- the Nabucco pipeline project -- might be better off if it were combined with Gazprom's Black Sea pipeline. But the suggestion has not been taken seriously, since the EU's goal with Nabucco and other Southern Corridor pipeline projects is to reduce Western European energy dependence on Russia.

For the Russians, beyond their financial stake in South Stream, the partnership with Eni is driven by the need for greater Balkan economic ties, which can best be achieved through the politically useful collaboration with Italy. Many of the negotiations with the Balkan nations along the pipeline's path were conducted by Gazprom representatives alongside Italian public-relations firms. The Russian government even stepped in officially in October 2010, when Putin called Bulgarian Prime Minister Boyko Borissov to ensure his willingness to cooperate fully with Gazprom's South Stream planning needs and to complete the building of Bulgaria's Belene nuclear power plant.

South Stream also represents an important political statement to Ukraine, yet another reason why Russia needs to complete the pipeline. Its path stays south of the Ukrainian coastal shelf, literally bypassing Kiev's interests -- not surprising given the disputes over natural-gas prices between Naftogaz and Gazprom.

The European Union will likely intensify its efforts to develop alternatives to Russian petroleum and natural-gas supplies, and its leaders will probably continue to worry that Russia will use European energy needs as political leverage. Italy, though, has few incentives to put EU or U.S. worries ahead of the economic-leadership opportunities that projects like South Stream offer. That, more than Berlusconi's personal predilections, explains why Gazprom and Eni will be transporting energy supplies from the Black Sea to the Iberian peninsula well into the future.
*Greg Caramenico is a journalist and translator whose professional interests include energy and science policy, Italy, Iran, and the Levant. He has a master's degree in history from Vanderbilt University.