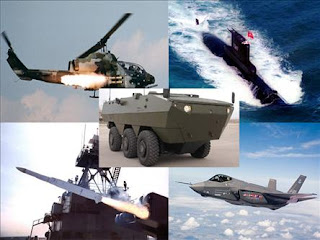 
With large defense projects on the agenda, Turkey will spend $8 billion in defense purchases, the country’s procurement office forecasts. This nearly doubles the current volum.

Turkey will spend up to $8 billion in defense purchases as its exports will reach $2 billion in 2016, four years from now, according to a major estimation by the procurement agency, the Undersecretariat for Defense Industries (SSM).

The present figures are around half of that.

The expectations in the SSM’s updated 2012-2016 strategic program are realistic given the money Turkey would pay for expensive systems – such as the F-35s or the U-214 submarines from Germany – over the next few years, as well as the rapid increase in its exports mainly to Islamic countries, according to one defense analyst.

Turkey is in talks with four key foreign suppliers on a $4 billion Long Range Air and Missile Defense Systems project. 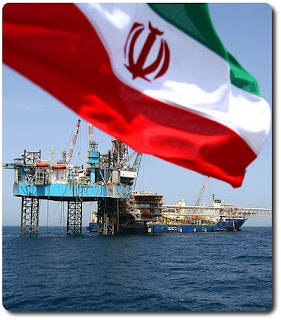 Iran is expected to try to revive demand for its oil in Turkey, its biggest European customer, this week when, according to Turkish energy ministry officials, its oil minister is to meet with Turkish officials in Ankara.

Tehran has struggled to find new buyers for its barrels after U.S. and European Union sanctions succeeded in halving Iran's global oil exports in the four months from February to June.

Non-EU Turkey, which imported around 200,000 barrels a day of Iranian crude in 2011, also sharply reduced shipments earlier this year to win a waiver from U.S. sanctions that allows it to continue purchasing Iranian crude through the second half of 2012. 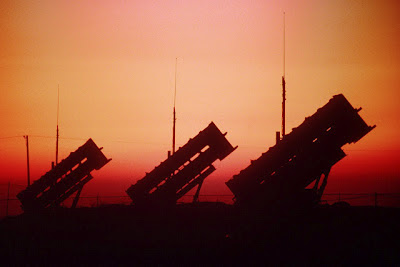 
Turkey looks to quicken its pace in selecting a $4 billion air defense bid winner after fire from Syrian forces brought down one of its warplanes last week.

Turkey’s highest defense procurement body is expected to select the winner in a $4 billion competition to select the country’s first long-range anti-air and anti-missile defense systems soon, following the downing of a Turkish jet by Syria.The Defense Industry Executive Committee, whose members include Prime Minister Recep Tayyip Erdoğan, Defense Minister İsmet Yılmaz, Chief of the Turkish General Staff Gen. Necdet Özel and procurement chief Murad Bayar, is set to meet in July. The meeting was expected on July 4, but it was later delayed indefinitely.Competitors in Turkey’s long-range air-missile systems include U.S. partners Raytheon and Lockheed Martin with their Patriot-based system; Eurosam with its SAMP/T Aster 30; Russia’s Rosoboronexport, marketing the country’s S-300 and S-400 systems; and China’s CPMIEC (China Precision Machinery Import and Export Corporation), offering its HQ-9. Eurosam’s shareholders include MBDA – jointly owned by British BAE Systems, Italian Finmeccanica and pan-European EADS – and France’s Thales. These companies will work with Turkish partners.The contest comes less than a month after a Turkish RF-4E reconnaissance fighter was shot down by Syria. The Syrian Foreign Ministry said the plane had been hit by a barrage of short-range anti-aircraft machine-gun fire, but Turkish officials said the attack did not bear the traces of anti-aircraft fire. They instead said it had no traces, suggesting that the aircraft might possibly have been hit by a Russian missile defense system. This was not confirmed.
Devamı >> Continue reading >>
Gönderen Emin Emrah Danış zaman: 7/01/2012 05:13:00 ÖS Hiç yorum yok: