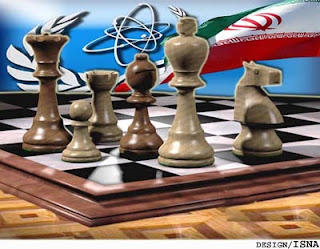 VIENNA -- A weekend tour of Iran's nuclear sites appears set to go ahead without Russia, China, the European Union or key allies Turkey and Brazil, blunting Tehran's attempts to gain support from major powers ahead of crucial talks on its atomic activities.

"This trip will offer the most transparency" regarding Iran's nuclear program, Soltanieh told The Associated Press, adding that the diplomats would be able to see "everything they wanted."

He declined to discuss which other nations had been invited or their responses. But China and the EU have in recent days publicly declined. And diplomats familiar with the issue said Russia, Switzerland, and Turkey and Brazil had also either turned down invitations or had not responded with less than a day to go before the departure from Vienna, where Soltanieh represents Iran at the International Atomic Energy Agency.


The diplomats - all accredited to the IAEA, which is tasked with probing Iran's nuclear activities - asked for anonymity because their information was privileged.

With crucial talks between Iran and six world powers in Istanbul just a week away, the timing of the nuclear tour and the choice of nations invited appeared a possible attempt to weaken unity among Iran's interlocutors.
Moscow and Beijing are part of the talks. At the same time, they are generally opposed to attempts by the other four - the United States, Britain, France and Germany - to sharpen U.N. sanctions on Iran over its refusal to stop activities that could be used to make nuclear weapons.

Neither the U.S. nor the three other Western nations were invited to the weekend tour.

Brazil and Turkey have recently emerged as important allies for Tehran in backing attempts to restart negotiations on a deal that would see Iran ship out some of its low-enriched uranium in exchange for fuel rods for a small reactor making medical isotopes. Those talks stalled more than a year ago and the West considers them increasingly irrelevant as a way to slow Tehran's ability to make nuclear weapons by removing some material that could be enriched into weapons grade uranium.

While willing to talk about the deal at the Istanbul talks beginning next Thursday, the six powers insist the discussions focus on broader aspects of Iran's nuclear program, including its refusal to freeze enrichment despite four sets of U.N. sanctions. The United States and its allies fear that Iran is trying to make nuclear weapons, not nuclear energy.

Tehran asserts it is enriching uranium to make nuclear fuel and not weapons and says it will not negotiate over its right to enrich for peaceful uses.