Cyprus and Egypt sign unitisation deal on the joint exploitation 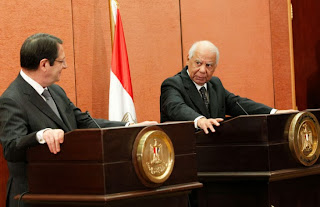 Cyprus and Egypt yesterday signed a unitisation agreement on the joint exploitation of hydrocarbon reserves, on the median line between the two countries’ respective exclusive economic zones (EEZ).

The seminal agreement paves the way for commercial interests to take advantage of any hydrocarbon reserves found in areas that could cross either side of the dividing line between the two countries’ EEZ.

In total, three bilateral agreements were signed yesterday during President Nicos Anastasiades’ two-day official visit to Cairo, marking an upturn in relations between Cyprus and the interim government of Egypt.

A cooperation agreement was also signed between the Cyprus Institute of Neurology and Genetics and the Children’s Cancer Hospital of Cairo.

The unitisation agreement is a final agreement between two governments, and the first one signed between Cyprus and one of its neighbours, with significant implications for the development of the industry in the Eastern Mediterranean. 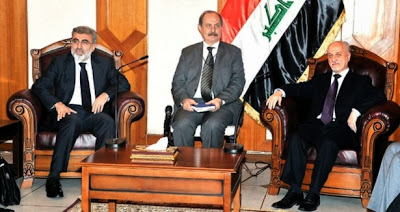 Turkey said on Monday it stood by a bilateral oil deal with Iraq's Kurdistan region that bypassed central government but wanted to win Baghdad's support by drawing it into the arrangement.

Reuters reported that Turkey and Iraqi Kurdistan signed a multi-billion-dollar energy package last week, infuriating a central Baghdad government which claims sole authority over Iraqi oil exports and is wary of any moves that could extend political autonomy to the region.

Turkish Energy Minister Taner Yildiz met Iraq's deputy prime minister for energy, Hussain al-Shahristani, in Baghdad on Sunday to try to mend ties with a federal government which says independent Kurdish oil exports would be illegal. The affair has soured relations between Ankara and Baghdad.

"We stand by the agreement we did with northern Iraq but we hope this can be carried out through a three-way mechanism," Yildiz told a conference in Arbil, the capital city of the Kurdistan region (KRG). "As Turkey, we are trying to move this forward in a careful and courteous way."

"We also would like to have the consent of the Central Government of Iraq for the commercial export of oil from the KRG to Turkey and start a trilateral cooperation scheme that will be beneficial to all."

The Kurdish north of Iraq has enjoyed autonomy since the 1990-1991 Gulf War when a U.S.-led coalition drove Iraqi occupying troops out of Kuwait.