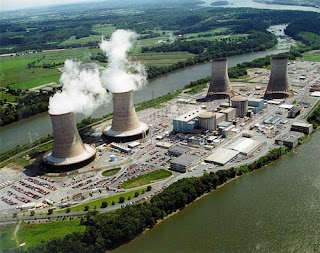 South Korea has decided not to require Turkey to provide treasury loans, which was the main obstacle preventing the two sides from reaching a final deal on Turkey’s second nuclear deal two years ago, a South Korean official said May 25.

Treasury loans are guarantees to finance well-defined and time-limited business when a country cannot fund the very high costs of a project with its own resources. Turkey’s program to build a nuclear power plant in the northern province of Sinop would cost between $10 billion and $20 billion depending on whether the plant will have two or four reactors.

Turkey and South Korea came close to an agreement on Turkey’s northern nuclear plant in November 2010, but could not agree mainly because of the treasury loans issue. Turkey then launched rival talks with Japan, but these were delayed last year because of the Fukushima disaster. The Fukushima Daiichi nuclear disaster was a series of equipment failures, nuclear meltdowns and releases of radioactive materials at a power plant, resulting from a very strong earthquake and tsunami.

Because of the disaster, Turkey is now engaged in competing talks with Japan, South Korea, China and Canada to build the Sinop nuclear power plant.

“Kepco is much keener about the Turkish deal than it was two years ago, when we could not reach a deal at the last moment,” the South Korean official said. “Kepco has desisted from requiring the treasury loan. It also has agreed to help Turkey find a loan in the international credit markets.”

Iraqi Kurdistan to push ahead with oil export plan 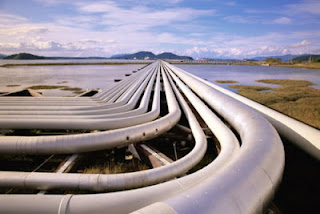 New pipeline to Turkey will open in August, deepening Iraq's broader crisis over power-sharing and the economy

Iraq's autonomous Kurdistan region said on Sunday it expects to start exporting its crude oil along a new pipeline to the Turkish border by August 2013, defying Baghdad in a long-running dispute over who controls the country's oil sales.

The Kurdistan region, which has its own government and armed forces, has already clashed with Iraq's central government over autonomy and oil rights, and halted its crude exports in April after accusing Baghdad of not making due payments.


"In August 2013 we will be able to directly export crude from the Kurdish region's fields," Hawrami said at an oil conference in Kurdistan on Sunday. "We will be responsible for exporting oil. It will still be Iraqi oil."
The dispute between Baghdad and the Kurdish capital Arbil is part of a broader political crisis in Iraq, where a fragile government amoung Shi'ite, Sunni and Kurdish blocs is struggling to overcome deep splits over power-sharing.


Baghdad says only the central government's oil authorities have the right to control oil exports, and dismisses contracts signed with the Kurdistan Regional Government as illegal, while the KRG says it has the right to develop its own oil fields.

The energy wars heat up 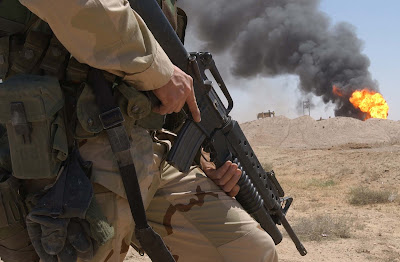 Conflict and intrigue over valuable energy supplies have been features of the international landscape for a long time. Major wars over oil have been fought every decade or so since World War I, and smaller engagements have erupted every few years; a flare-up or two in 2012, then, would be part of the normal scheme of things. Instead, what we are now seeing is a whole cluster of oil-related clashes stretching across the globe, involving a dozen or so countries, with more popping up all the time. Consider these flash-points as signals that we are entering an era of intensified conflict over energy.

From the Atlantic to the Pacific, Argentina to the Philippines, here are the six areas of conflict — all tied to energy supplies — that have made news in just the first few months of 2012:

* A brewing war between Sudan and South Sudan: On April 10th, forces from the newly independent state of South Sudan occupied the oil center of Heglig, a town granted to Sudan as part of a peace settlement that allowed the southerners to secede in 2011. The northerners, based in Khartoum, then mobilized their own forces and drove the South Sudanese out of Heglig. Fighting has since erupted all along the contested border between the two countries, accompanied by air strikes on towns in South Sudan. Although the fighting has not yet reached the level of a full-scale war, international efforts to negotiate a cease-fire and a peaceful resolution to the dispute have yet to meet with success.