Textile giants opting for Turkey over China for production 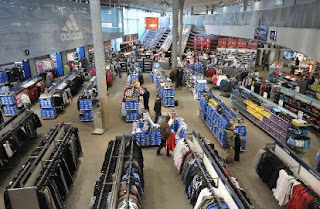 World-famous fashion brands such as the GAP, Adidas and Nike are shifting a significant portion of their production from China to Turkey due to price instabilities in the Asian giant, the head of an exporters’ organization has told daily Vatan.

“Some giant buyers had serious problems in China. The suppliers [in China] did not deliver finished goods, and used an increase in prices as an excuse while demanding more money,” İsmail Gülle, chairman of Istanbul Textile and Raw Material Exporters' Association, or İTHİB, told the daily. “Buyers were frustrated by this.”

Some leading Western buyers thus decided to move some of their production to Turkey as the ups and downs in cotton prices in China – along with the price disputes – were constant, he said.

The cost gap between Turkey and China is narrowing and Turkish companies are capable of producing faster and in smaller portions, said Hikmet Tanrıverdi, chairman of the Istanbul Textile and Apparel Exporters’ Union, or İTKİB. “Thus, Italian and French retail groups in specific are sending orders to Turkey.”

Speaking to Vatan earlier last week, Yılmaz Yılmaz, chairman of Turkish fashion brand Koton, said the costs in China had increased by 20 or 30 percent in recent years, mainly due to the growing domestic market. “Despite our disadvantages caused by the high exchange rate [of the Turkish Lira], Turkey will come into prominence once again.”